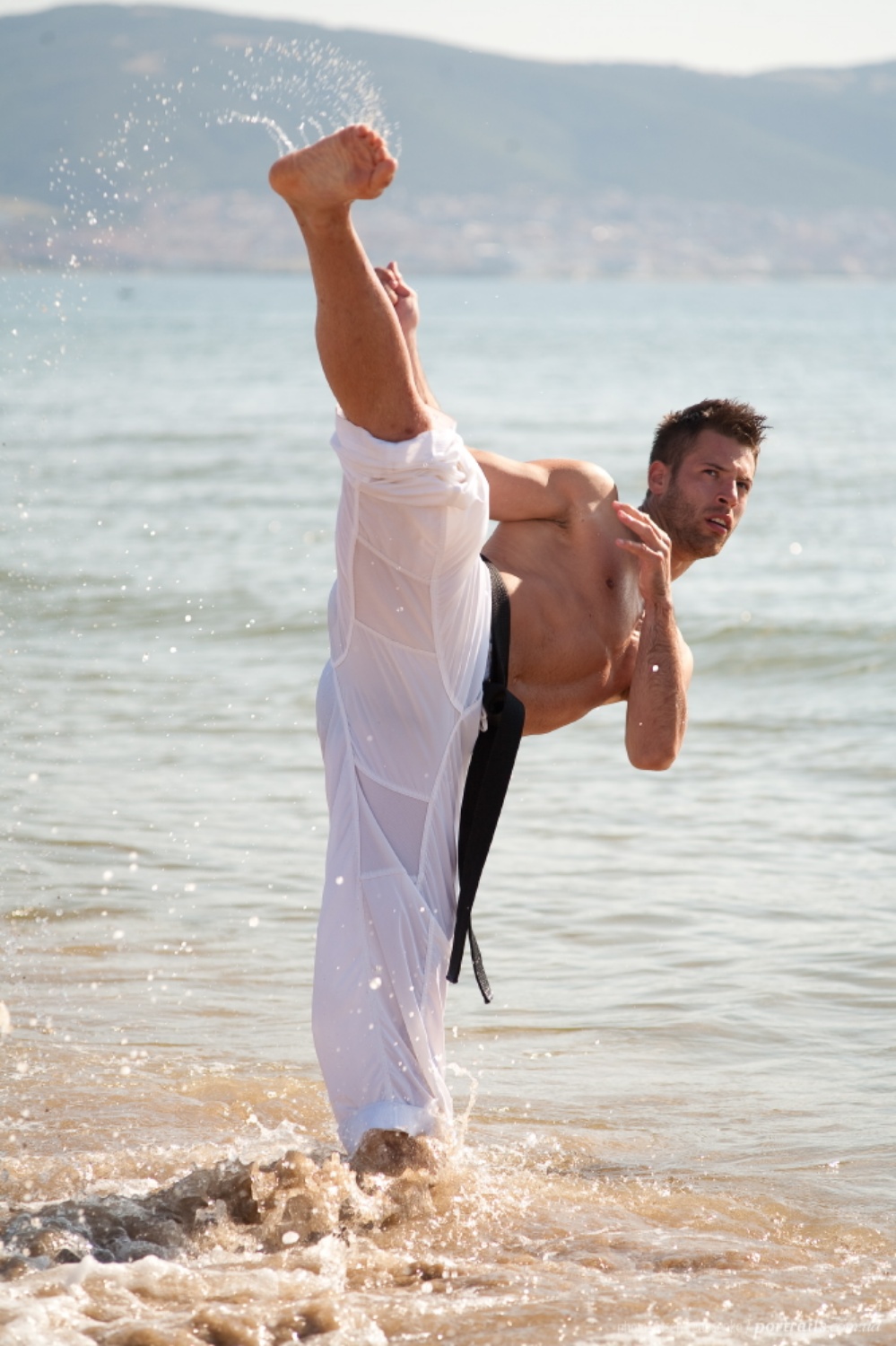 George Tzanos was born in 15/7/1989 in Thessaloniki. He started karate when he was 5 years old. He has been a member of the Greek National Karate Team and he became Greek champion from the age of 14 years old till now, with a lot of world and European titles in his record.
Tzanos is holding one o the biggest European records and a lot of world and open titles from 2007 till now.

When he was 17 years old, George Tzanos featured as Gold European Teenager Champion. At the same year he featured as Bronze Worldwide in the category young men’s Championship.

When he was 18 he participated in the final of European championship in men’s category in Estonia where he gained the second place. That was the beginning of his personal carrier in karate and he was one of the youngest athletes who achieved to win a medal at the age of 18.

Since 2008 George Tzanos continues his spontaneous carrier in all formal European Men’s Championships. He achieved to gain 3 bronze 4 silver and 3 gold medals

At the age of 19, he won a gold medal in worldwide match in WORLD GAMES in Tapei. These games take place every 4 years and there are comparable to Olympic Games. In WORLD GAMES participate sports that are not included in the Olympics Games. World Games are the Olympiad of non-Olympic Games

For one more time George Tzanos was in the European final game which took place in Athens. He lost that fight against the world champion R. Aghayev. Some days before George Tzanos has won R.Aghayev at the Russian tournament with score 3-1. Also the same year he gained a silver medal in Combat Games in Beijing. Furthermore he achieved the 7th place at Serbia’s World Championship although it was believed that he had to get in finals.

At the European championship in Switzerland the Greek national team won against French team, and gained the gold medal with score 3-0. George Tzanos got to the final game, where he had a spectacular fight against the French athlete with margin of victory with 8 points difference.

Gold Medal in the European Champion

George Tzanos won for one more time the gold medal in the European championship in Tenerife of Spain making his own worldwide history path at the category of -84kg. In the final game he won the Azerbaijan athlete with score 6-1.

In 2013 George Tzanos gained the third place on World Games of 2013.In the same year he gained the silver medal on the European championship of Hungary.

Except his worldwide and European titles, George Tzanos is also Balkan and Mediterranean winner. Also in the last Mediterranean games he won the second place and he had also won a lot of metals in the Karate Premier Leagues.

Participating for 3rd time in a row at the finals of his category, George Tzanos gained once more the gold medal in European Championship in Finland. At the same year he gained the gold medal in one of the most hard international tournaments of France, in Open de Paris. The same year after a hard injury and operation, he didn’t achieved to take part in the World Championship.

No 1 in the World Ranking

In 2014-2015 George Tzanos was the only dominant of the worldwide ranking , W.K.F. This year he is one of the top five athletes and he aims to be again at the 1st place.

In June 2015 1st European Olympic games staged for the first time in Baku of Azerbaijan . It is word noting that George Tzanos took the 2nd place in his category. It was remarkable because it’s was first Greek medal in the history of European Games for the Greek Team. Later, Greek well-known athletes achieved to win medals in different sports. Finally the Greek team won 7 medals: 1 from Karate and from gymnastics, judo, shooting and polo.

In May 2016 George Tzanos gain the bronze medal in France’s European Championship. That was a spontaneous feat due to it has been his 9th European consecutive medal in the category of Men.

3rd Place in the World

By the end of 2017 George Tzanos had finished no3 in the world karate ranking in mens category -84 kg W.K.F

Last years karate couldn’t be able to consider as an Olympic sport. As a result of this, many well-known athletes weren’t advertised or evaluated as they deserved. In summer of 2016 it was decided Karate to be an Olympic game. It will take place for the first time in the home of karate, in Japan. George Tzanos will be one of the least athletes who may have the opportunity of representing our country for Tokyo 2020 and set a goal to gain even the gold medal.